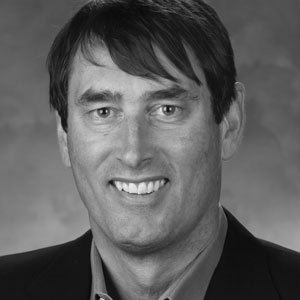 Bob Wiederhold, President & CEO For a very long time, the word ‘database’ sparked an image of myriad tabular structures, populated with meaningful data, ingeniously concealed within layers of software programmed physical storages. RDBMS (Relational Database Management System) databases were ruling the roost and were trusted comrades that bore decades’ worth of enterprise data, until major roadblocks stemmed in the guise of colossal data influx. This had set of a digital cacophony with business decision makers fumbling for better ways to store, manipulate, and retrieve the unstructured explosion of data. Very soon, organizations were left with the inevitable truth that conventional RDBMS were running out of steam. NoSQL databases made its entry at this juncture, to accommodate the growing bounds of unstructured data with Web 2.0. NoSQL emerged as a paradigm shift and data encapsulation within related tables—made of umpteen rows and columns—switched to document, object and other graph-based storage types.

Since the first NoSQL database took shape from ideation to creation, a flood tide of open source enthusiasts and database engineers have closely followed the hot trails, and the market now stands strong with over 200 NoSQL projects and products. Early adopters quickly realized the benefits of scaling across, by simply appending more ‘commodity servers’ to increase storage room, instead of scaling vertically, which required the painstaking and costly exercise of extending existing bandwidth. One of such pilot experimenters in the NoSQL field was Couchbase, founded in 2011 as the upshot of an M&A between CouchOne and Membase. The product-turned-project, ‘Couchbase Server’, initially known as ‘Couchbase’ is an open-source, distributed, multi-model, NoSQL, document-oriented database software package that was mainly developed as a backend for interactive applications. At its core, Couchbase as a company is being propelled by a community of open-source developers, like-minded database veterans and leaders. In the parlance of Bob Wiederhold, President and CEO, Couchbase, the main advantages that lure adopters towards NoSQL databases are its superior flexibility, scalability, and performance attributes.

Applications have recently become the building blocks of an organization that address the volume and velocity of a business’ needs, be it the internal requisites to handle departments such as sales, marketing, procurement, and human resources or the actual product. Wiederhold says that these applications should be highly responsive so as to support hundreds of thousands, and in some cases millions of simultaneous users. “NoSQL is the best option because it is able to deliver the performance, scalability, and unstructured data handling requirements of these applications,” explains Wiederhold. To that end, its creators have earmarked Couchbase Server to spell the shift from relational to NoSQL databases, denoting a new epoch for enterprise data.

The main advantages that lure adopters towards NoSQL databases are its superior flexibility, scalability, and performance attributes

On one occasion, the fast-growing messaging platform, Viber was put to test with their scalability, and there came a time, when their backend could no longer support the sprawling datasets. They sought one of Couchbase’s competitors, but with time, the system was struggling to keep pace with Viber’s growth. After much debate, they had decided to opt Couchbase Server for its easy and transparent sharding and scaling model, ability to provide higher throughput, and reduced number of nodes required. The migration was an instant success and Amir Ish-Shalom, Chief Architect, Viber commended Couchbase for its ability to handle hundreds of thousands of ops-per-second—an order of magnitude that bore striking contrast to their previous solution. Today Viber continues to use Couchbase Server in serving about 12 percent of the world’s mobile devices with always-available messaging.

The Formula for Scalability

The company’s flagship product, Couchbase Server stores massive amounts of data in the form of documents in a distributed architecture. Popularly known as the Java Script Object Notation (JSON) format, these documents have largely replaced conventional table-based data types. JSON stakes a claim to eliminate the snags of designing perplexing schemas before setting up a database instance. For instance, on a microscopic level, an employee relation may consist of numerous tupules, each of which pertains to a user profile with describing attributes such as his name, address, gender, department, and salary. This is the case in RDBMS; whereas a JSON format breaks up the table, maintaining each key—here, the attributes—with corresponding values. Each tupule equates a JSON document, and this defragmented structure ensures that unwanted memory is never clogged up in the pretense of saving space for redundant data.

However, JSON documents had proven to have certain limitations while querying for records. Of particular concern, the ‘join’ clause, which is a bread-and-butter feature of every SQL database, has no direct operation technique for JSON data types. In an endeavor to extend the functionality of SQL for JSON, Couchbase has introduced an indigenous query language, N1QL, which is a declarative query language that enables developers to build applications easier and faster by leveraging the power of SQL with the flexibility of JSON. With no additional programming logic, Couchbase Server permits database users and administrators to sort, filter, transform, group, and combine data by using a single query. In an organization’s dataset, a developer wanting to segregate the records that satisfy a set of two or more conditions, from a pool of million records, Couchbase Server’s N1Q1 greatly increases performance and saves time.

The N1Q1 query language provides optimum flexibility and support for a broad spectrum of front-end programming languages, native frameworks, fluent APIs, and database connectivity drivers such as JDBC/ODBC.
From C/C++ to Java, .Net to PHP, and Node.js environments, with Couchbase’s N1Q1, a developer can build and trigger queries.

The N1QL is the standout feature that forms the crux of Couchbase’s database products. The recently released Couchbase Server v4.5 is a complete package that is equipped with a fully integrated query workbench comprising a query editor and schema browser interface. The graphical tools help the developer with an illustrated view of the data model so as to ease down the complexities associated with setting up the relatively new NoSQL architecture. Inbuilt memory-optimized indexes that can be created in Couchbase Server utilize in-memory instead of external disk storage systems, alleviating issues that arise with performance and concurrency.

"Mounting needs for big data integration, mobility are inducing enterprises to seek the realms of NoSQL"

The colossal size of data has raised the security concern amongst adopters, and Couchbase v4.5 has answered skeptical thoughts with role-based access control system that is attested by X.509 certification, a widely accepted authentication mechanism. In order to meet with the increasing demands of larger enterprises, Couchbase combines the abilities to authorize, enable encrypted communications, Lightweight Directory Access Protocol (LDAP) integration, thrusting confidence to adopt and deploy NoSQL databases in secure organizational environments. Surrounding the debate around a database’s ability to withstand disaster, and revert back to normalcy and the growing priority for consistent backup schemes, Couchbase allows enterprises to Reduce Recovery Time (RTO) and a closer Recovery Point Objective (RPO) as part of their business continuity plans.

NoSQL Will Be a Mainstay

Taking aisle-seats alongside Viber is a lengthy line-up of prominent names in the global business circles spanning a multitude of industries, with Couchbase prudently steering the non-relational database movement. The company has been successful in helping organizations like Marriott, General Electric, McGraw- Hill Education, and PayPal migrate from relational models to NoSQL database.

The age of relational model databases may not be completely extinct; there are still some use cases that require the assistance of RDBMS architecture. By any measure leaders like Oracle, MySQL, and Microsoft SQL Server are still in the bigger picture, but mounting needs for big data integration, mobility are inducing enterprises to seek the realms of NoSQL. Having already touched base with the release of Couchbase Mobile, which provides a complete NoSQL mobile database to support mobile applications, the NoSQL pioneer has ticked one item of its bucket list of destinations. Couchbase is marching with full steam ahead to face the gung-ho about real-time big data, and Internet of Things (IoT) in an attempt to pave way for a more enhanced end-consumer experience. 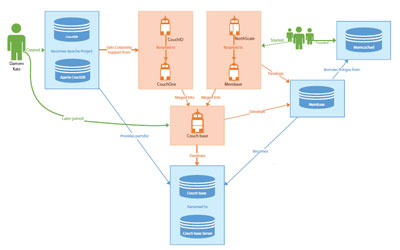 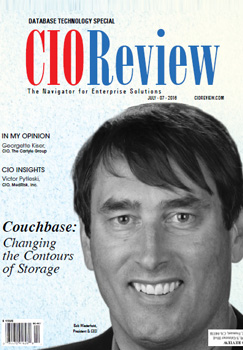