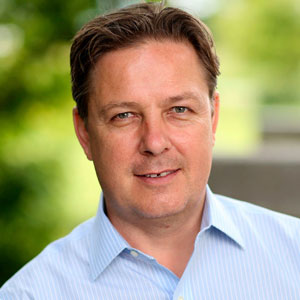 The NuoDB database is SQL compliant and has been called NewSQL. It has a distributed object architecture that works in the cloud—when a new server is added in order to scale-up the database, the database runs faster. “The database distributes tasks amongst several processors to avoid bottlenecks of data,” says Morris. It scales out without sharding. “It uses peer-to-peer messaging to route tasks to nodes,” adds Morris.

NuoDB’s distributed three-tier architecture is the foundation for scale-out performance. The database uses a tiered approach— comprising multiple, redundant tiers of transaction engines (TE) and storage managers (SM). It decouples management, transactions and storage so that each tier can scale a single, logical database elastically. It scales linearly to improve transactions per second performance and handle both concurrency and data volume. NuoDB scales out and in by simply adding or removing processes. This approach helps scale the data predictably in the cloud. NuoDB domains consist of several redundant TEs and SMs that can run on the same platform.
NuoDB’s unique architecture supports a wide range of use cases. For instance, a game development company in U.S. required a cloud database capable of flexibly managing the hikes and drops in the traffic of online players and simultaneously accessing one of their games via in the AWS cloud. Their current SQL-based PlayStation 4 game include other technologies like C# programming language and ASP.NET. NuoDB provided them with low latency scale out SQL database for the cloud and ran aspects of the game as a single, logical database across multiple geographical AWS datacenters. With the help of the distributed architecture, NuoDB offered them with a single, logical database in multiple locations, which allowed all the online players to see the same game action at the same time with zero downtime.

The company is teaming up with a wide range of partners to deliver scale-out performance, continuous availability, and data management all over the world. The company has built strong partnership with the various technology leaders, system integrators, and cloud providers. Their featured partners include Amazon, IBM, HP, DbVis Software, and BITannium.

NuoDB has worked with more than 17,000 community developers and commercial customers including AutoZone, NorthPoint Solutions, Enterprise Web and Kodiac. NuoDB continues to tackle the multiple challenges associated with cloud computing and the rise of global deployments. Most of it has accomplished from the hundreds of feedbacks given by their customers. “The NuoDB solution has matured rapidly due to learning derived from many proof-of-concept projects,” concludes Morris.