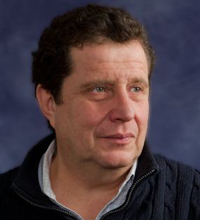 Richard Rabins, CEO
Being an industry veteran for more than 30 years, Richard Rabins is experienced in mobile app development. While understanding its dynamics, he elucidates that data centers are vital for the mobile app development to not only store and access information but also to synchronize and communicate with it both online and offline. “Companies invest millions of dollars in database engines, with application development being the objective. Alpha Software provides a platform for developers, to rapidly create and deploy business applications for computers and mobile devices which are not just robust but also secure,” says Richard Rabins, CEO and Co-Founder, Alpha Software.

With headquarters in Burlington, MA, the company focuses on helping developers build apps, and enable them to access database information, from both online and offline mode. The company’s app development platform ‘Alpha Anywhere’ combines all server development features - solving development challenges, including offline support. It features scalable, secure deployment and connections to Microsoft SQL Server, Access, Excel, My SQL, Oracle, DB2, Python, and MySQL amongst others.

In a recent Forrester Research's report, it was found that adding offline capabilities to an app can triple its development complexity and cost. Nevertheless, such apps are faster - since there is no server lag time when working locally, and cost less, since the devices in use don’t require a cellular connection or a data plan. Alpha supports Complete Transactional Synchronization with Conflict Resolution and it does this without adding any additional time or cost to your development project. Alpha Anywhere helps developers build offline apps in an easier and cost effective way that can work on any operating system, be it Windows, Android or iOS. “It is the only platform in which robust transactional offline support is built directly in the app with no incremental cost,” extols Rabins. In addition, Alpha Anywhere minimizes the need for hand coding to maximize productivity while still letting users code whenever and wherever needed. This provides their clients, with limited or no coding knowledge, the freedom to create apps on their own and the liberty to change or add new codes to suit their requirements.
“Even though offline, low coding is powerful, it is easier to use and much more productive,” claims Richard. One such case study needs special mention, the maintenance department of Los Angeles Unified School District wanted to advertise a contract to be bid, for a new platform and mobile application to manage their elevators. TeamGlobal a customer of Alpha Software, was able to build an app using Alpha Anywhere, while others only presented slide shows and presentations, making them win the contract.

While focusing on offline and low coding capabilities, Alpha Anywhere, also ensures to avoid unauthorized access to sensitive data. It provides data protection and complete administrative control, to disable applications or remove sensitive data when a mobile is lost, stolen or after an employee resigns. The product even provides facilities to restrict any unauthorized server requests, controlled viewership and security support standards. Further, implementing Hash – based Message Authentication Code (HMAC) and Secure Socket Layer (SSL) is easier as it is integrated with .NET Framework, securing usernames, passwords and all other communications.

We have launched Apple WatchBench, an Apple Watch app which enables developers to code iOS apps in Javascript. We are also focused on bringing out products for the modern day tablets

The company looks forward to a bright future and has plans of launching new products. “We have launched Apple WatchBench, an Apple Watch app which enables developers to code iOS apps in Javascript. We are also focused on bringing out products for the modern day tablets,” concludes Richard.